Your Search made easier! Find it when you need it. 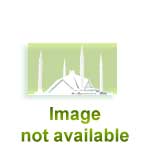 What others are saying about Capital Safety Program

No Reviews have been posted yet for this listing.

Islamabad.net is the first online information center about Islamabad, which is a beautiful city and capital of Pakistan with estimated population of 524,500 geographically located at North East of its sister city Rawalpindi.